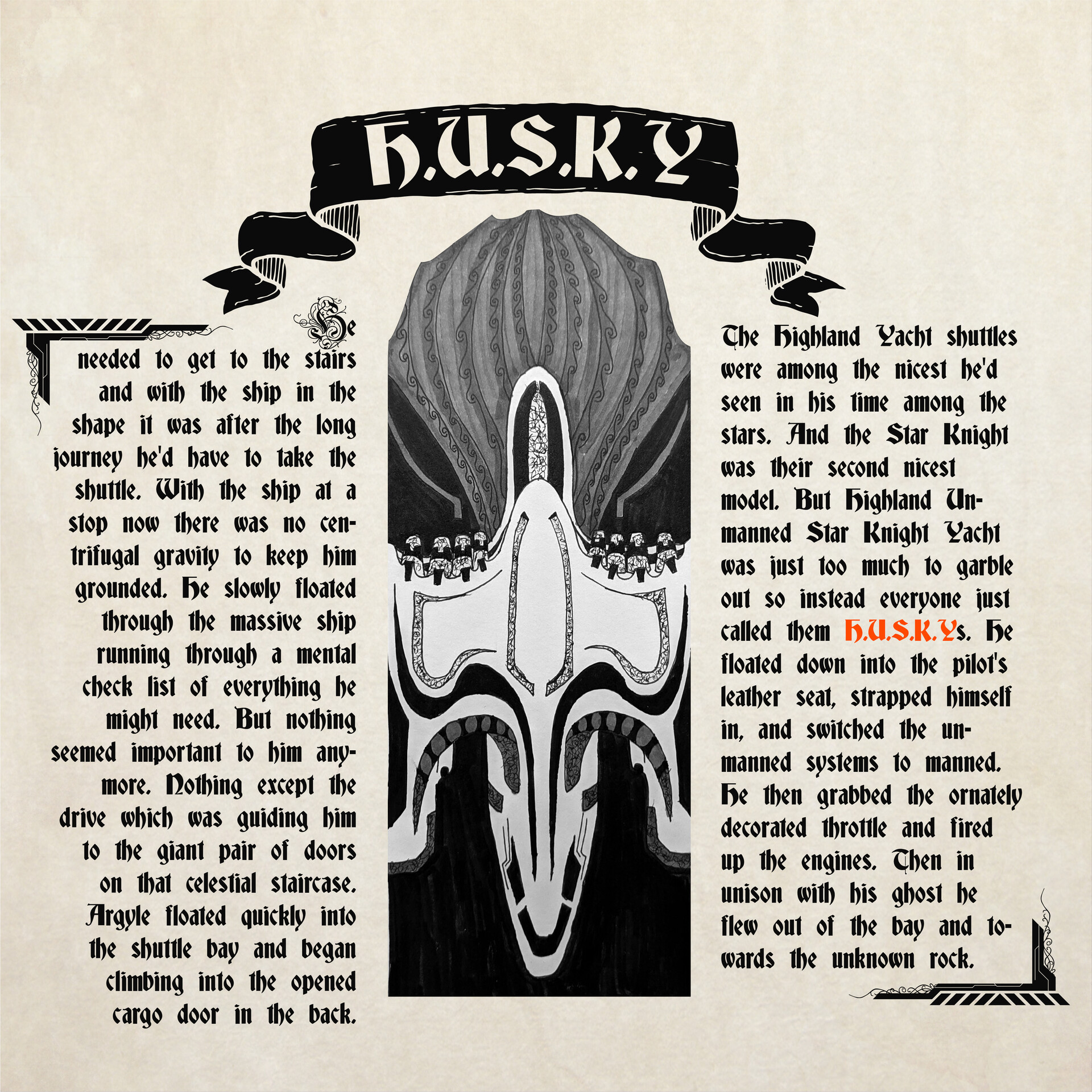 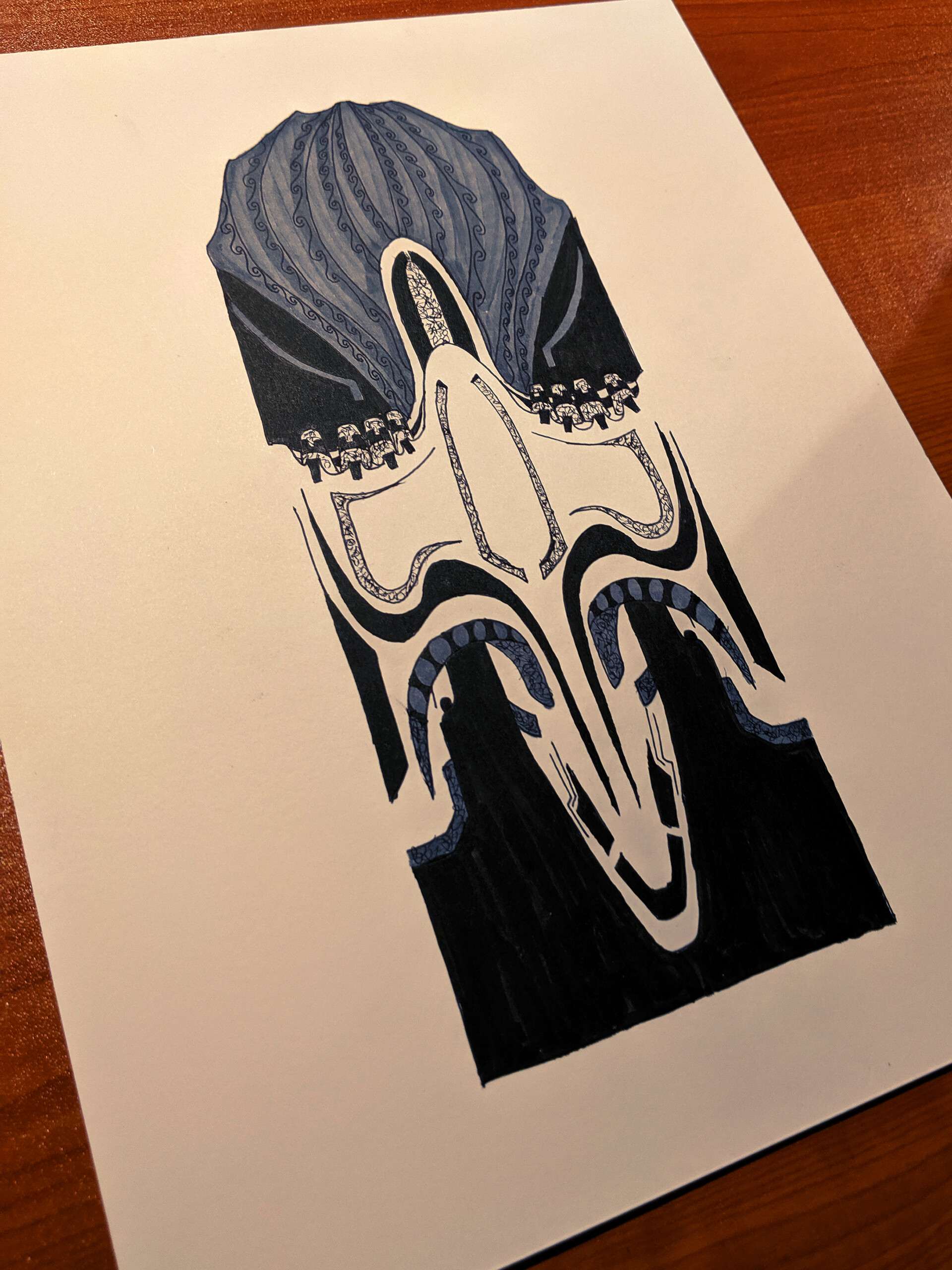 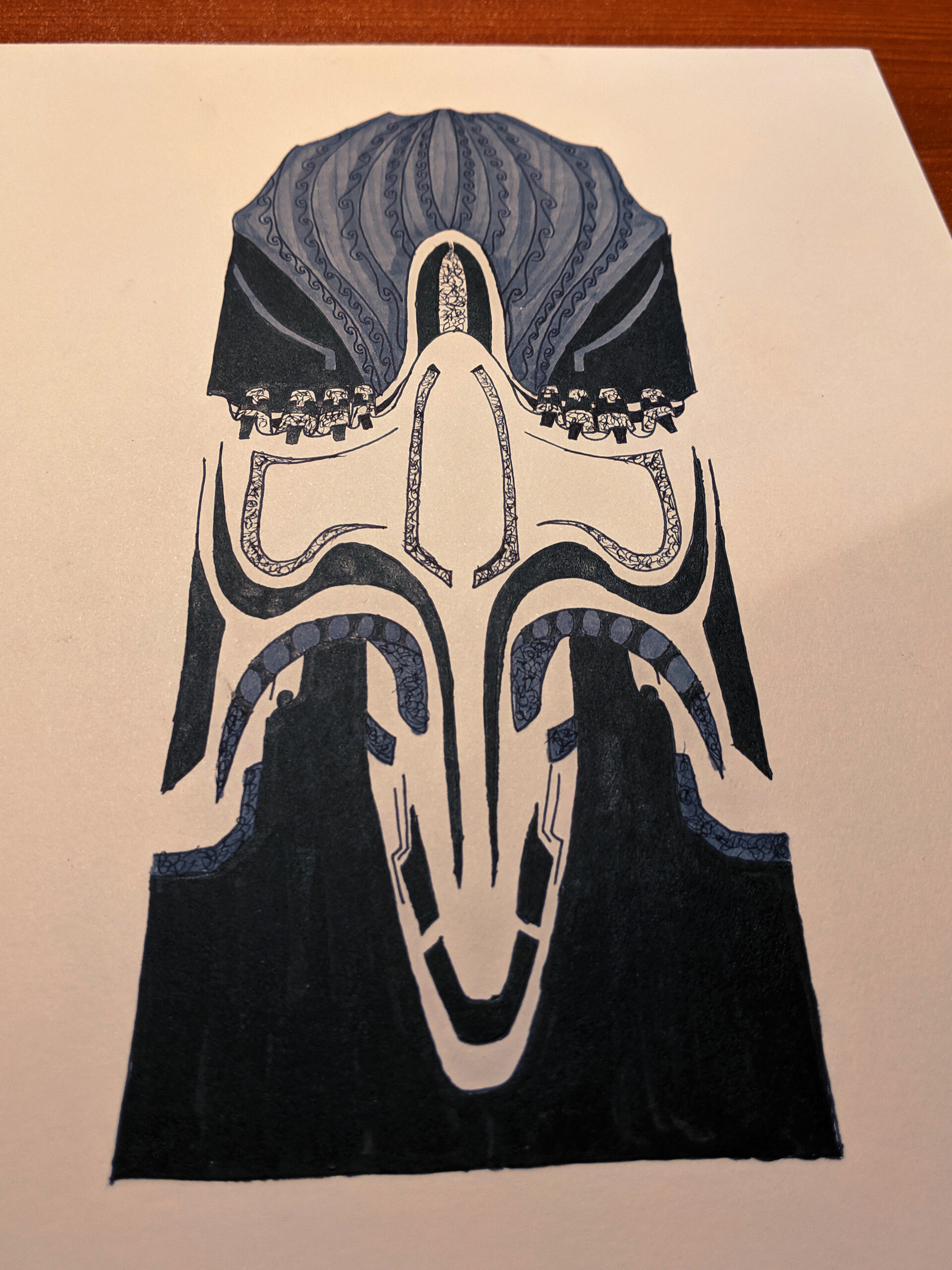 He needed to get to the stairs and with the ship in the shape it was after the long journey he'd have to take the shuttle. With the ship at a stop now there was no centrifugal gravity to keep him grounded. He slowly floated through the massive ship running through a mental check list of everything he might need. But nothing seemed important to him anymore. Nothing except the drive which was guiding him to the giant pair of doors on that celestial staircase. Argyle floated quickly into the shuttle bay and began climbing into the opened cargo door in the back. The Highland Yacht shuttles were among the nicest he'd seen in his time among the stars. And the Star Knight was their second nicest model. But Highland Unmanned Star Knight Yacht was just too much to garble out so instead everyone just called them H.U.S.K.Ys. He floated down into the pilot's leather seat, strapped himself in, and switched the unmanned systems to manned. He then grabbed the ornately decorated throttle and fired up